Opera was the first web browser I truly loved. In the early days of the modern web, when we had 4 or 5 real legit competitors in the browser space, Opera was truly innovative. In the year 2000 it was the first browser to support tabbed browsing  (2 years before Mozilla, 3 years before Safari and 6 years before Internet Explorer!). It was also the first browser to implement a built-in pop-up blocker around the same time. Mouse gestures may have been my favourite feature of Opera back in the day. You could to navigate the web by drawing shapes with your mouse (“J” for back, “L” for forward). Might sounds a little silly in 2016, but in the early 2000s multi-button mice were not common-place and OS supported trackpad gestures were unheard of.

I can’t recall exactly how long I used Opera or when and why I left. I suspect it was around the time that Mozilla’s Phoenix became the shiny new Firefox.

Over the past few weeks Opera has been making some small ripples in the tech press. Opera is doing a few related interesting things. So I thought I’d give it a try again after all these years.

For the past two weeks, Opera has been my primary browser on desktop, I’ve also tried out their iOS browser and free VPN.

Briefly on the mobile experiences.

Opera Mini is fine. iOS browsers are somewhat limited by being forced to use Apple’s rendering engine, so I wasn’t really expecting much. Opera mini has a “turbo” boost feature. By routing media request through an Opera system, image and video file sizes and be optimizes, improving page load times. I can’t say that I noticed the feature. However I’m not a heavy mobile browser user.

Opera’s free mobile VPN (with build-in ad blocking) is a great step in the right direction, public wifi (especially in hotels) is sketchy AF! I had the prefect opportunity to test this out on a 5 day vacation last week. Unfortunately, it fell short, the internet was slower and my battery drained faster with the VPN enabled. I don’t know if Opera’s technology it to blame, if it’s just the nature of VPNs in general, or even if it might be my perception. I turned it off entirely after 1 day of usage.

My desktop experience on the other hand, has been great!

Opera dropped their own proprietary rendering engine in 2013, in favour of Google’s WebKit variant, Chorium. This means the developers tools, browser extension support and overall rendering is identical to Chrome. And this is a good thing! 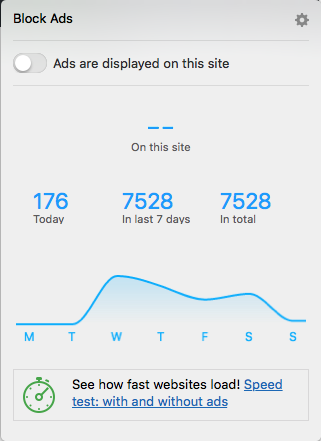 Using Chorium as a platform to build on allows Opera to focus on adding features. For now, their main feature is built-in ad block. It’s good, quite good. It’s not configurable like a dedicated ad block extension, but it get’s the job done.

Opera also plans to release their free VPN solution for the desktop browser. I’m not sure when I’d use this (my desktop sits behind a network I trust), but this is something you’re unlikely to ever see from Google, Microsoft or Apple.

Overall, Opera is great and I think I’ll continue to use it as my daily driver.

Give it a shot, if only for the nostalgia.